Two Verasonics Vantage 256 systems were acquired thanks to the program FEDER Saint-Etienne and Loire General Council in the frame of the project SonoCardioProtection supervised by P. Croisille in 2016. Thanks to the close connection with LabTAU who also have two such systems and one 32x32 probe prototype which can be driven by 1 to 4 systems, a novel ultrasound platform with high channels density has been made available for the researchers of the two laboratories [Petrusca-2018-Applied Sciences]. 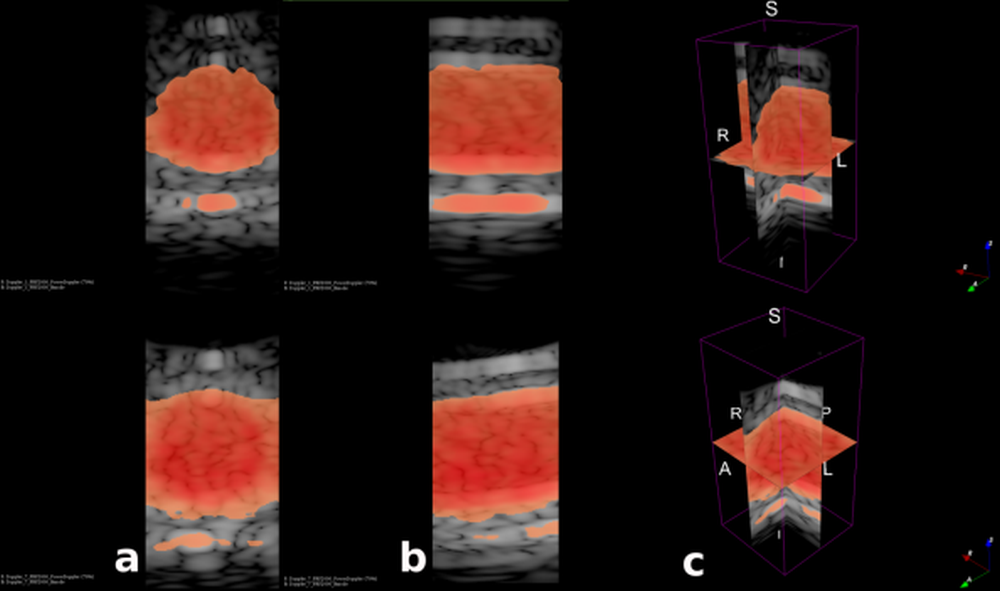 Figure from [Petrusca-2018-Applied Sciences]. Examples of Power Doppler illustrations of two US acquisitions on a blood vessel mimicking phantom. The US probe is parallel (θ=0) to the phantom-tube for the first example (first row) while the probe was tilted by an angle of 12° from the phantom-tube. Axial (a), lateral (b) and 3D view rendering (c) are illustrated here. A dynamic of 50dB has been used for the B-mode grayscale image. 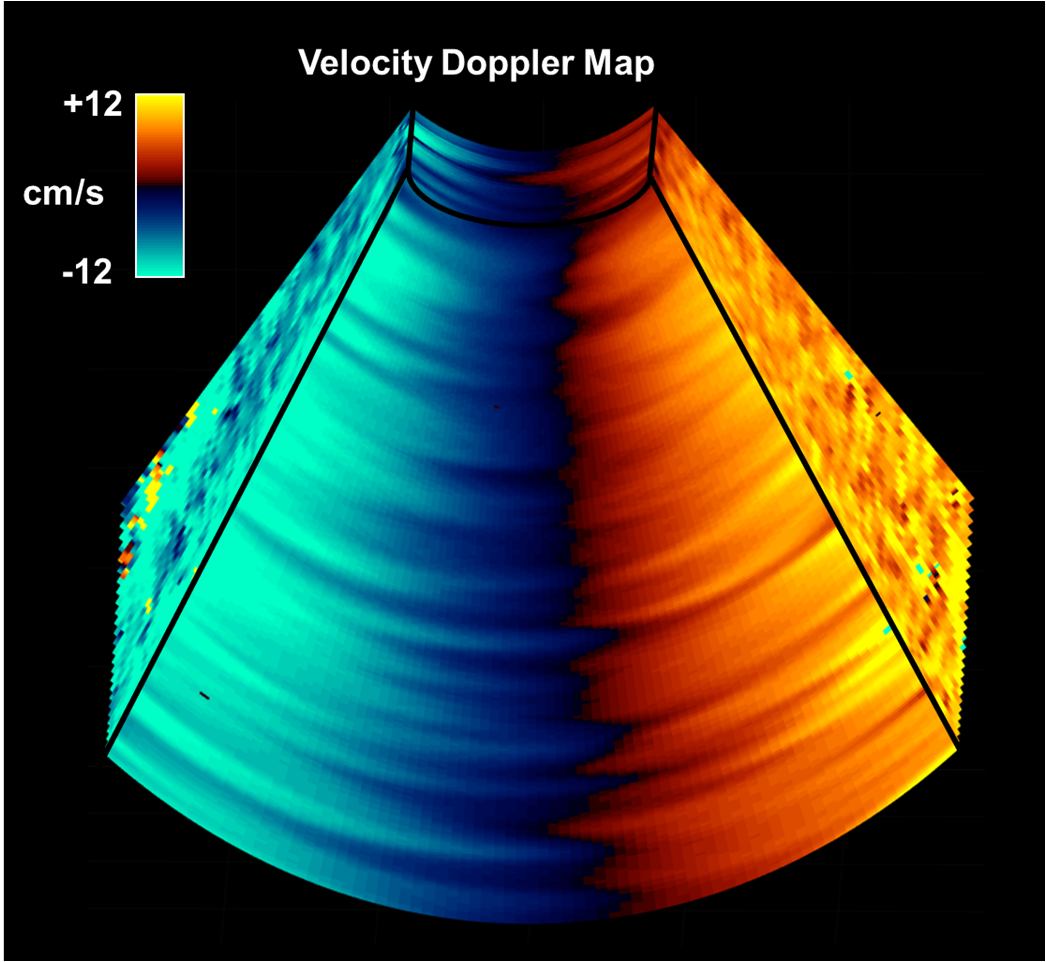 At the end of 2018, we have acquired a new 32x32 probe, central frequency of 3MHz, prototype that is even more flexible thanks to its multiplexing capabilities. 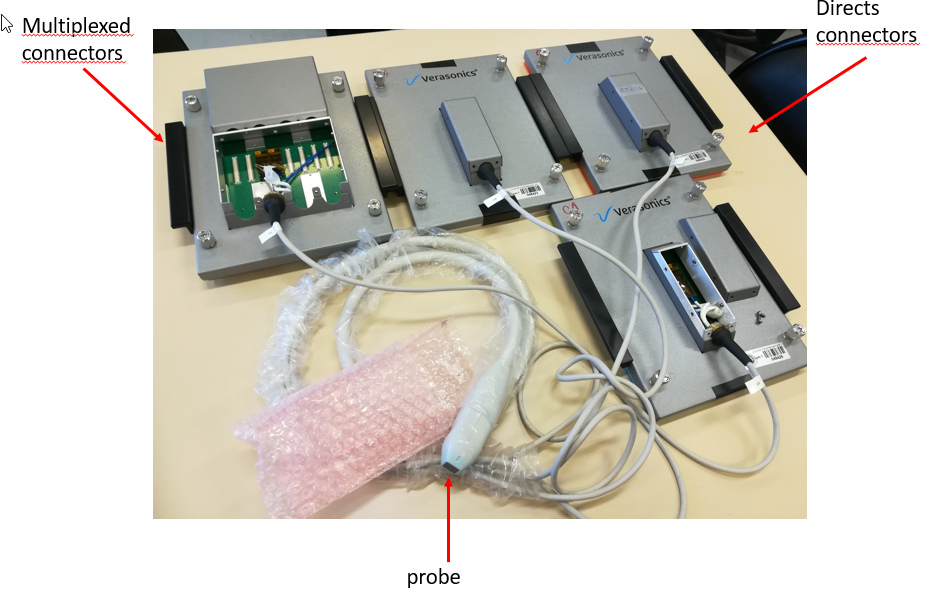